From a catalog of over 100 films, Wheels on Meals seems to be one of Jackie Chan's better movies. I'm a huge Jackie Chan fan, and if you like Jackie Chan, it's got everything that makes his movies great. The jokes are fun, lots of slapstick, and a convoluted plot that mainly serves as a medium to allow for the insanely fantastic fight scenes. 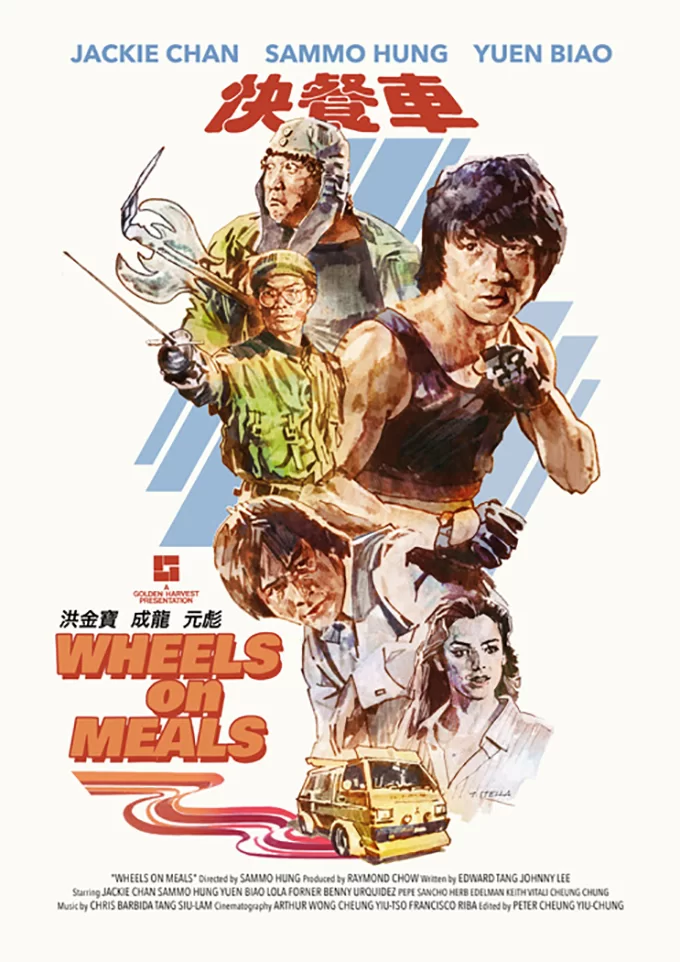 How does it compare?

Compared to other Jackie Chan films I've seen, this one seems to have a lot less action, but the bar is set pretty high. There're some impressive stunts in the first 20 minutes of the movie, but around 80% of the movie is people talking about things that don't tell us a whole lot. That said, the last 20-ish minutes is just straight fighting, and it's all awesome.

The movie came out in 1985 and is a little harder to watch if you're used to modern filming conventions, but not much harder. I liked that most of the fight scenes didn't have music. I did NOT like that the English dub was the only version available on Amazon Prime. I'm not someone that's hypercritical about dubbed content, but this was bad. Hot take, I generally prefer dubbed content because then I can focus more on what's happening on the screen, or I can play it in the background. But since I had to sit down and watch this movie, the dub was rough. As far as I can tell, this movie was made before Jackie Chan learned (or was comfortable) with English because his character has a different voice actor as well. From what I know of Jackie, he does the English dub for his characters, so it was weird not hearing his voice.

Jackie Chan plays Thomas and his cousin named David. They're both excellent martial artists, and they live in Spain I think and run the dopest food truck I have ever seen in my life. David is a dweeb and shy around girls, and Thomas helps his cousin try to be more confident and get a girlfriend a couple of times, but that's not the main plot. The main plot is that there's this comically bad detective named Moby who gets hired to find a girl. After finding the girl, Moby discovers that she's in the middle of being kidnapped by a group of men. Moby needs backup and asks for the cousin's help, and away we go. Most of the film is running away from bad guys or trying to save the girl.

How to install Desktop Application